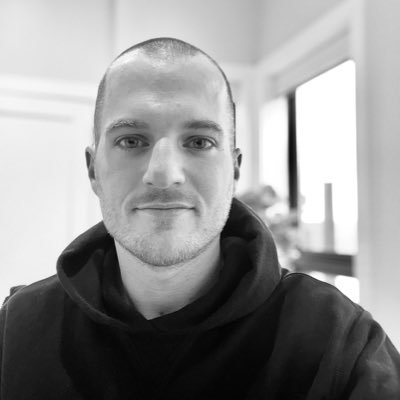 Sydney McDonald is a TikTok creator and social media coach. She’s also the Founder of Sydney On Socials, which spans her content creation, UGC videos, coaching, strategy, and growth tools.

We sat down with Sydney to dive into some of her best practices as a creator. We cover:

“Providing value, showing your expertise, and building trust — that’s how you can get monetization flowing. It has to stem from helping people, first and foremost.”

To Grow Your Audience, Nail Your Unique Offering

Whether you’re posting lifestyle content or more educational videos like Sydney, she recommends figuring out what your audience or average viewer likes to see from you.

In her case, Sydney made sure to prioritize content that would help her audience of creatives, rather than explicitly aiming to rack up her follower count.

Since day one, her goal has been to share everything she's learned from both her professional social media management career and her self-taught, independent creator journey.

More and more influencers caught on and joined her following (and even became clients). Through this, she identified her unique value-add or offering for TikTok.

Ultimately, she advises every aspiring or growing creator to map their own strategy before diving in, because TikTok has grown into a truly crowded platform to navigate.

You can no longer create an account, post random videos, and expect followers to quickly flock to you or purchase what you're advertising. In Sydney's words: “With TikTok, it’s almost like you have to give to get anything. It’s wild. I definitely didn’t understand that when I was still getting started.”

"I try to identify what my followers need and find a way to fill that gap — whether it's making a helpful TikTok or building out a much more in-depth product."

Why Creators Should Avoid Creative Comparison

Social media has infamously driven its users — from tweens to grown adults — to compare themselves to what they see on their phones. Even content creators aren’t immune to it.

As Sydney tells it: “It’s really difficult to try to find your own voice as a creator when you’re in a space full of people doing very similar things.”

Her solution for finding a unique identity in her content? Actively working toward being herself on social media — and also limiting how she browses apps.

If you post on TikTok for a living but feel trapped in a self-comparison cycle with other creators, she recommends making a separate account for normal scrolling and relaxation. That way, you have an isolated digital space where the algorithm can curate content you genuinely want to see as a person, not a professional.

In her words, “Having somewhere I’m not bombarded by everyone else’s opinions and ideas has been huge.”

She’ll log onto her professional account to, of course, create and post videos, as well as to read comments and questions, livestream, interact with followers, gauge video performance, etc.

All of these functions are still essential to ensure she keeps her finger on the pulse of what her followers want to see — and, hopefully, that's aligned with what she truly wants to make.

But, she won't let herself scroll through an FYP of videos that are just a bit too similar to hers.

“You have to love what you do. But, ultimately, you make content for an audience, so you have to put yourself in their shoes and create from that headspace.”

These days, if you scroll on your FYP, you'll see more creators filming conversational, sit-down videos (where it's simply them talking to their phone) than ever.

This format prompts creators to put themselves and their ideas front and center, which could explain why it's so popular as TikTok is basically overflowing with content.

Yes, it may gain you views, likes, and comments. But, as Sydney explains, viewers won’t take the extra step to follow you, because a popular, one-off video doesn’t promise long-term value.

In other words: Just because you post one funny, semi-viral TikTok, that doesn’t guarantee your whole account has substance or personality that will entertain the viewer for months and years.

So, creators (Sydney included) have turned toward the sit-down video style. She breaks down some ways to make yours stand out in this new wave.

Even if what you’re saying is incredibly important to your unique following, TikTok is ultimately a fast-paced entertainment app where people scroll and cycle through videos relentlessly.

Even if yours is audibly entertaining, it also needs to be visually dynamic to catch their eye and entertain them — especially if you're speaking for an extended time.

In terms of audio, cut out as much blank space or dead footage as possible (Captions does this automatically!) so every clip starts and ends with you actively speaking.

Sydney will often cut the extra fluff or details out of her videos to save time. Captions become useful, once again, to supplement what's left out of the actual footage.

For instance, if the topic she’s discussing is far more nuanced than a two-minute video could appropriately cover, she can edit with Captions to:

This allows her to both keep her TikToks shorter and the viewer's attention longer.

“Even if what you’re saying is interesting, TikTok is a fast-paced entertainment app. You need the visual element to complement what’s audibly entertaining.”

Key Metrics: How to Quantify Which Content Drives Growth

When gauging how successful your content is, Sydney reminds us that two things can be true:

Ultimately, the goal is always to provide value in some way.

In her case, if she posts a sponsored ad or a TikTok explaining her coaching services, she knows it won’t become a viral video.

But, she'll have reminded her 140,000+ followers that there are ways to work with her outside of TikTok — and more than one viewer will likely bite. That's a success in and of itself.

As for pure analytics on a video's success, Sydney will monitor watch time and watch percentage to determine what kinds of content followers love to see.

For the platform itself, she notes that likes, shares, and especially saves are huge determining factors for how well the algorithm will boost your video.

In response, she’ll make sure to plan, script, and shoot more savable content.

That could mean more of her how-to videos, which might prompt a viewer to go, "I'll come back to this later to dive deeper and implement this in my own strategy. I'll bookmark it for now." Even then, it could always be the case that you drive super impressive numbers on a video — and it still doesn’t get pushed as well as you expect.

At the end of the day, the TikTok algorithm can’t be totally gamed by a bunch of variables.

So, in the meantime, Sydney reminds creators to consider what your followers and the platform want — but also what you want to create that would bring you joy.

“You can optimize your TikToks for watch time or shareability. But, at the end of the day, it’s an algorithm. You won’t ever have complete control.” 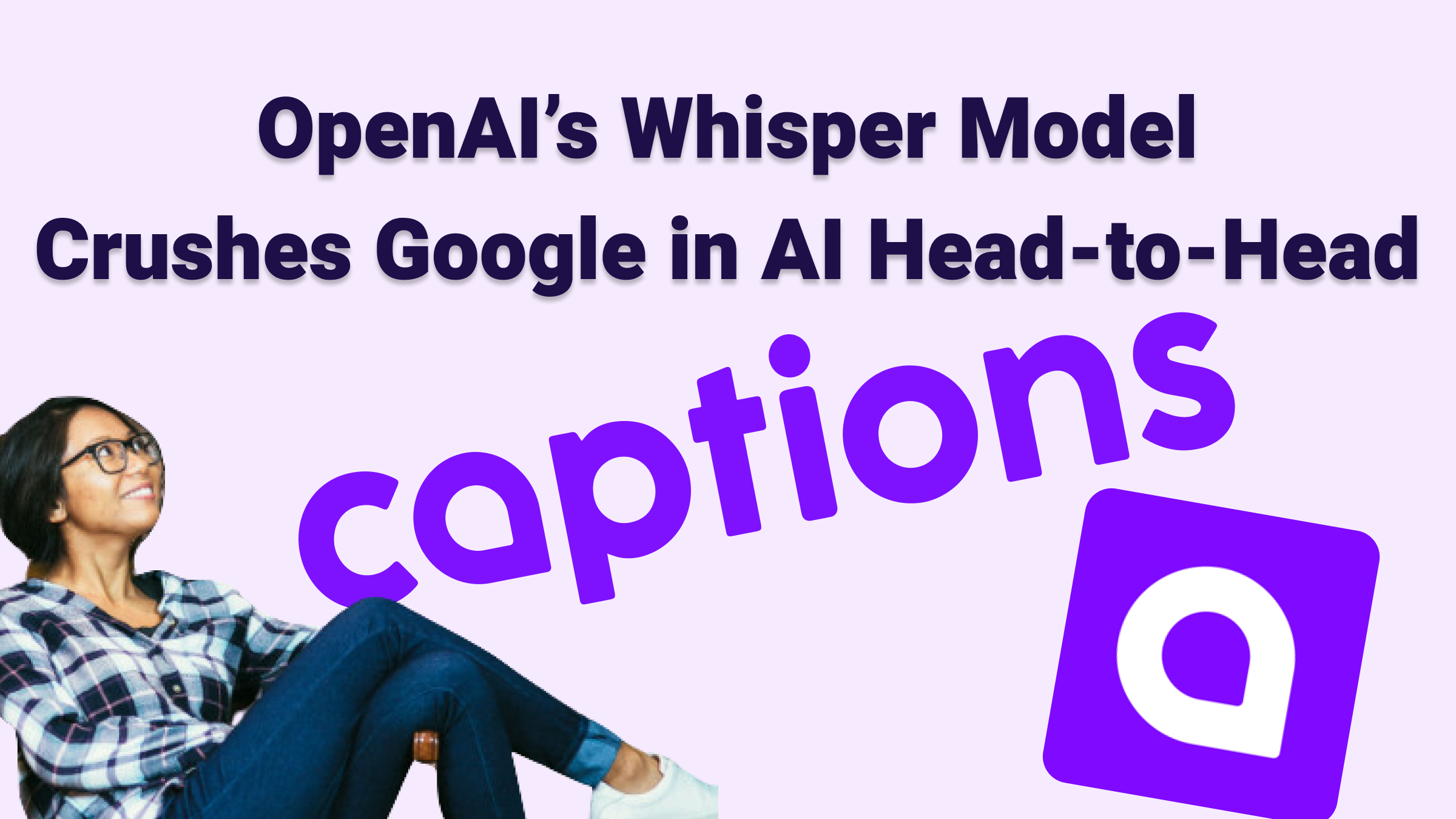 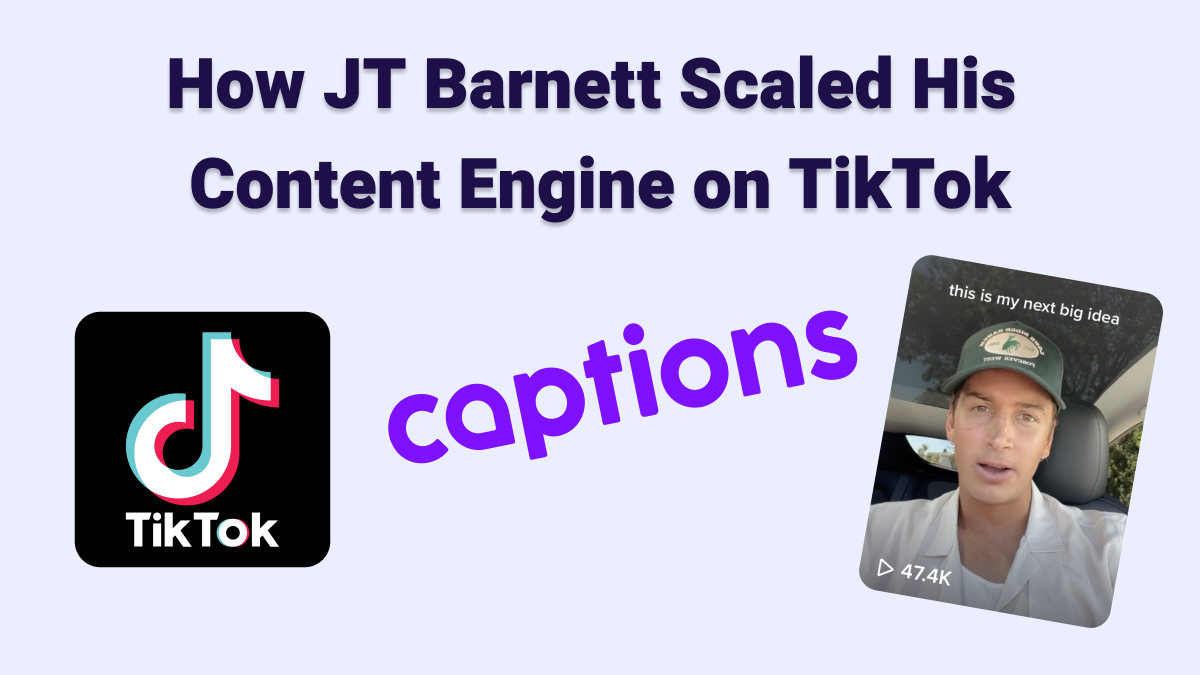 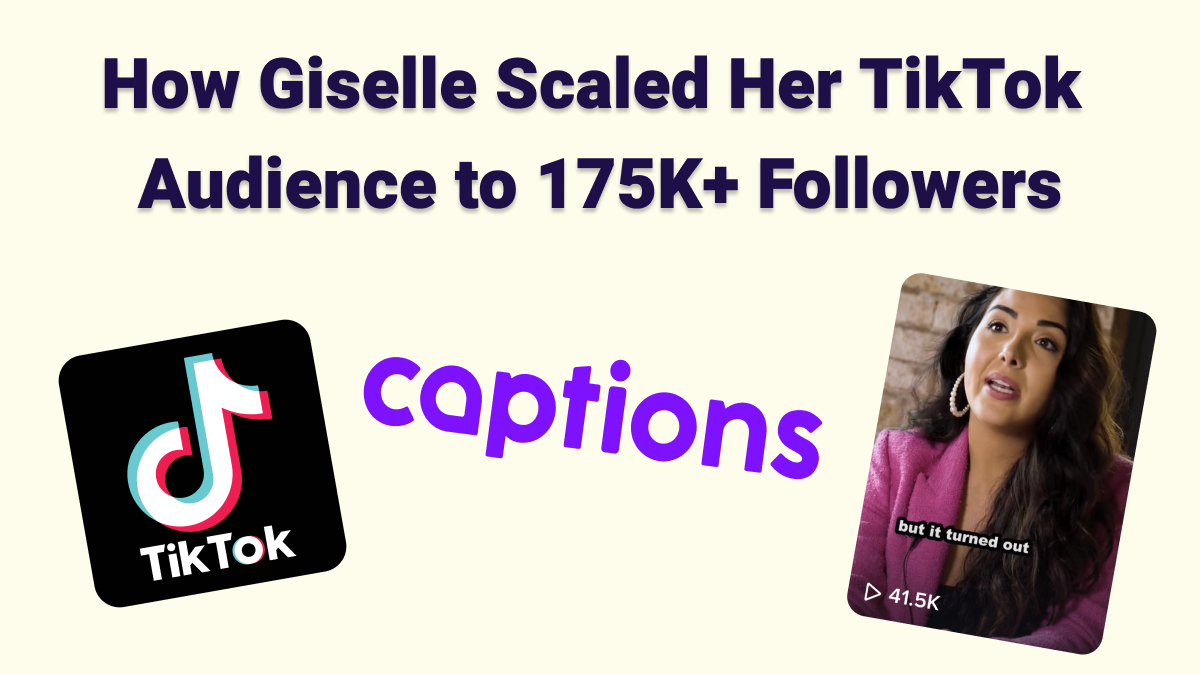 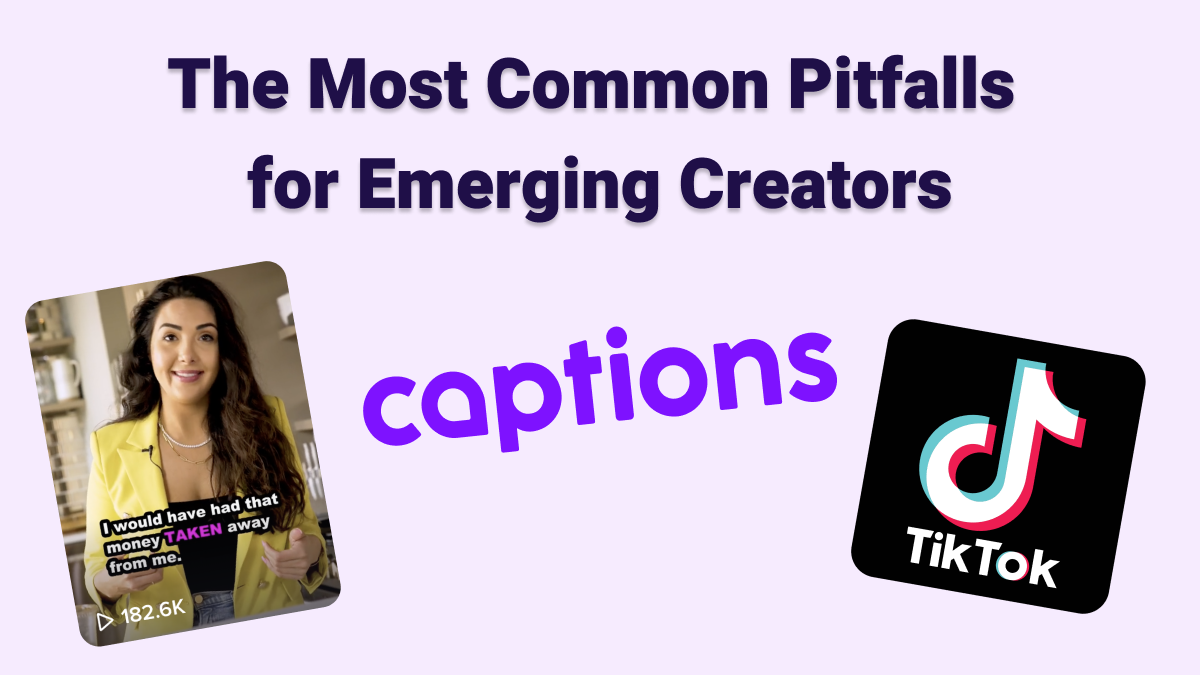 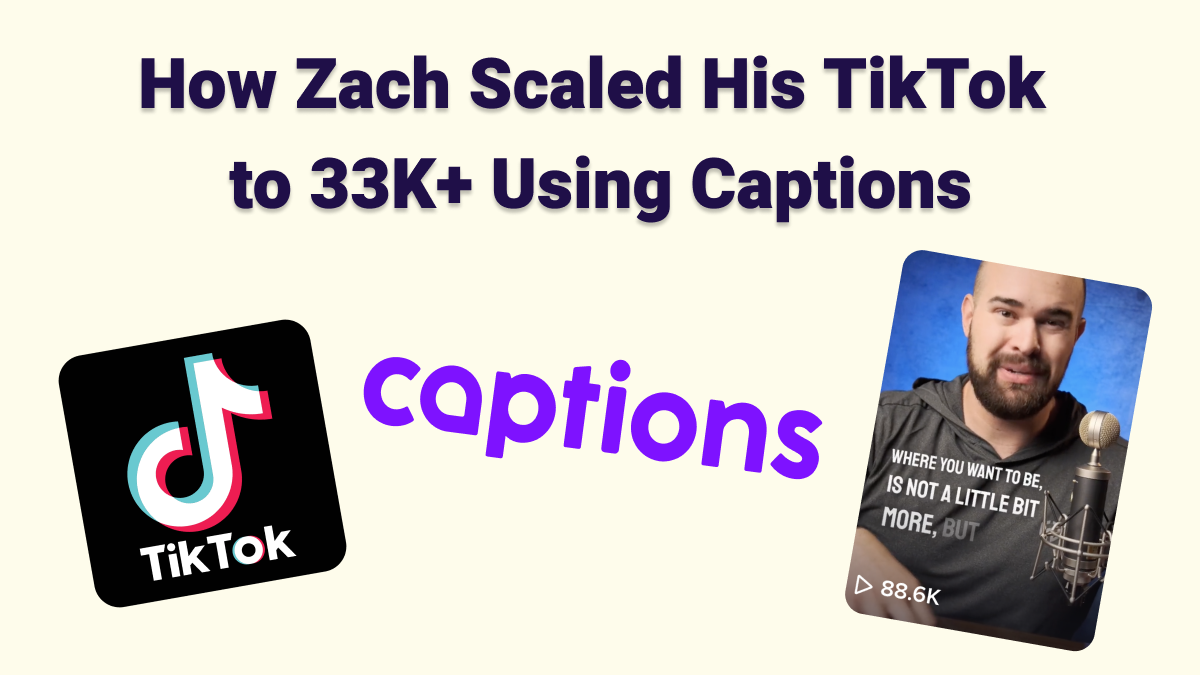 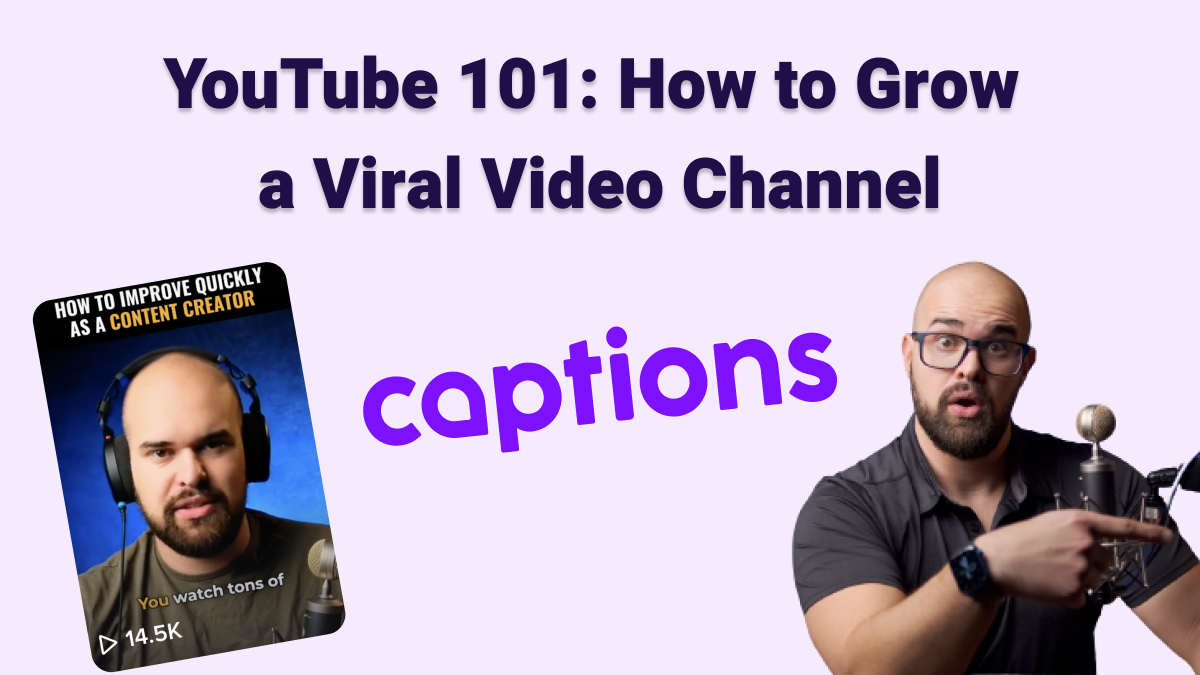 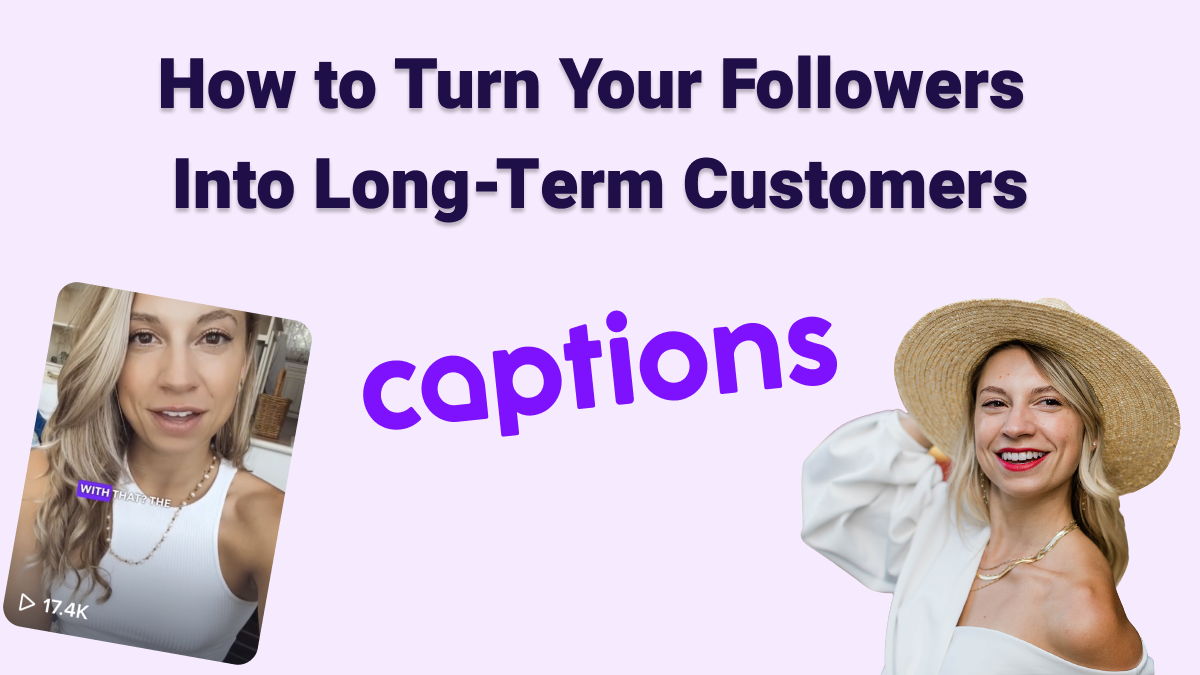 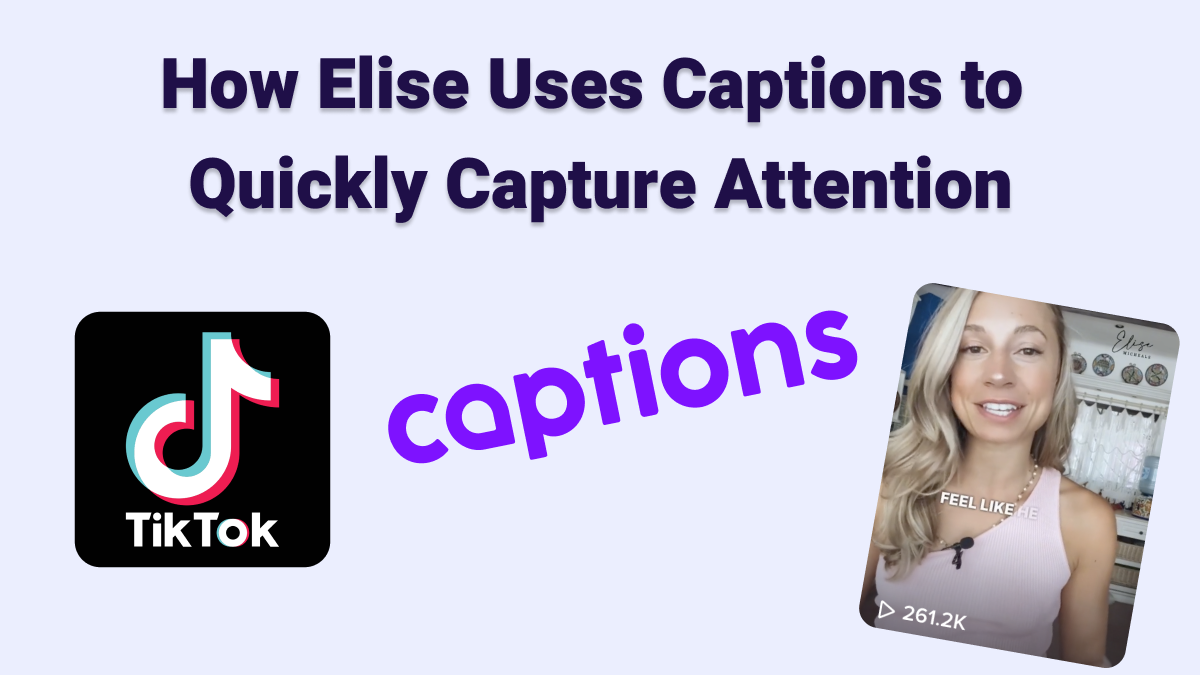 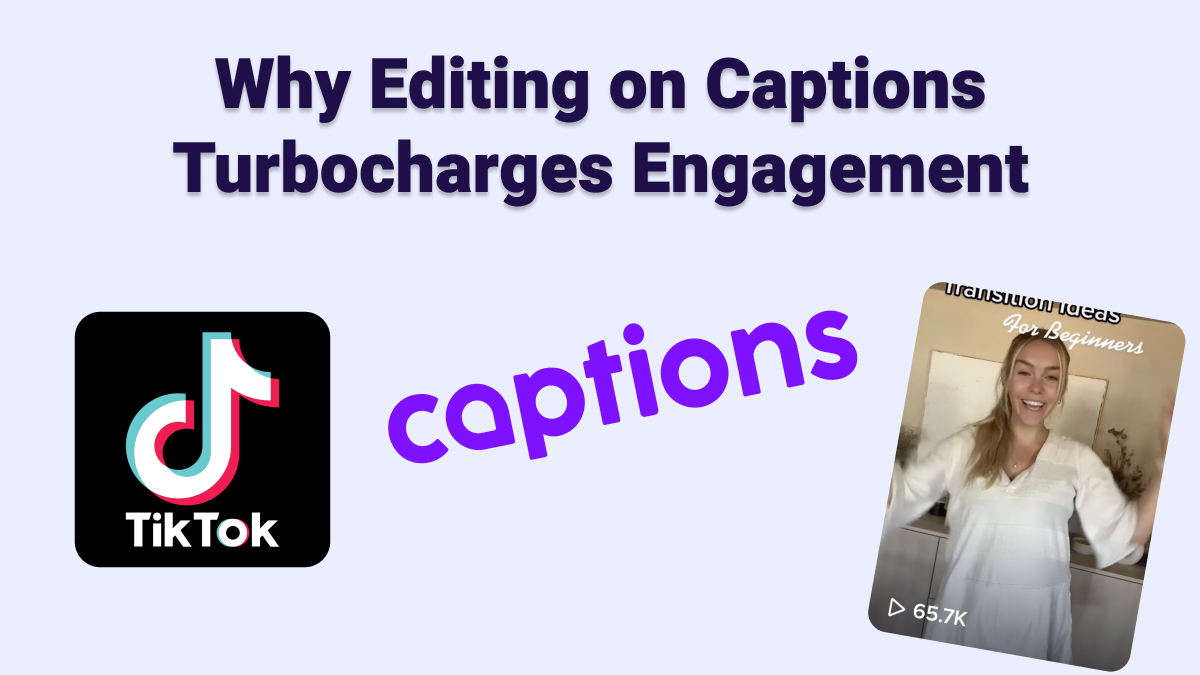 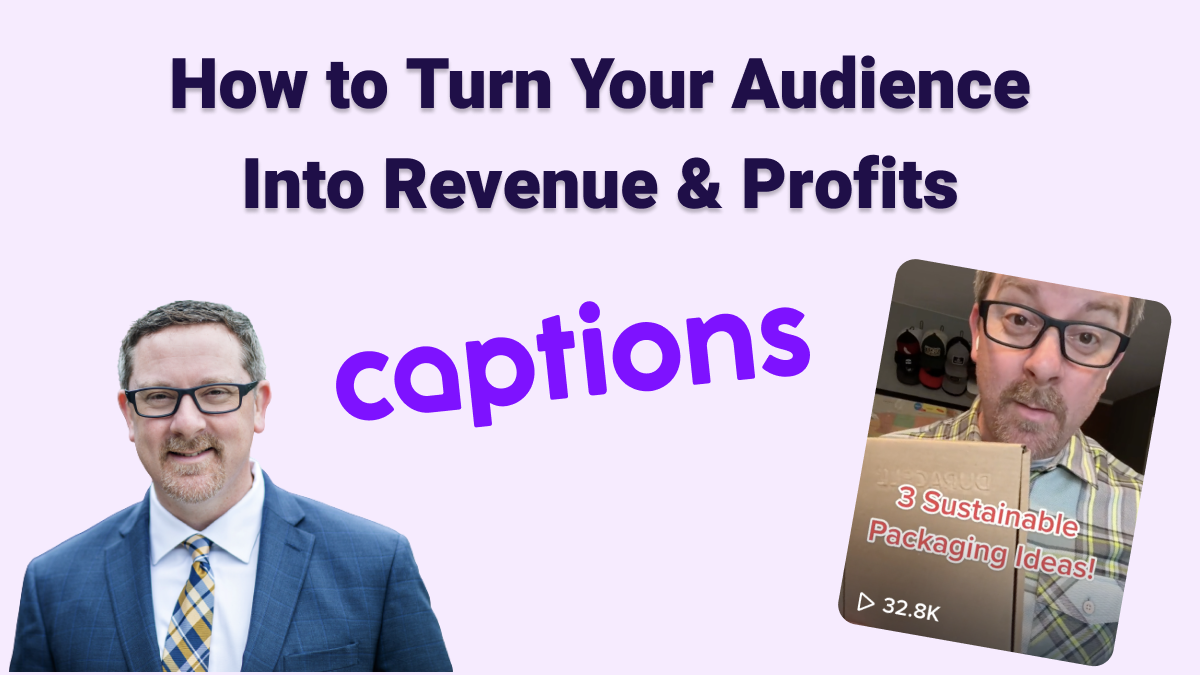 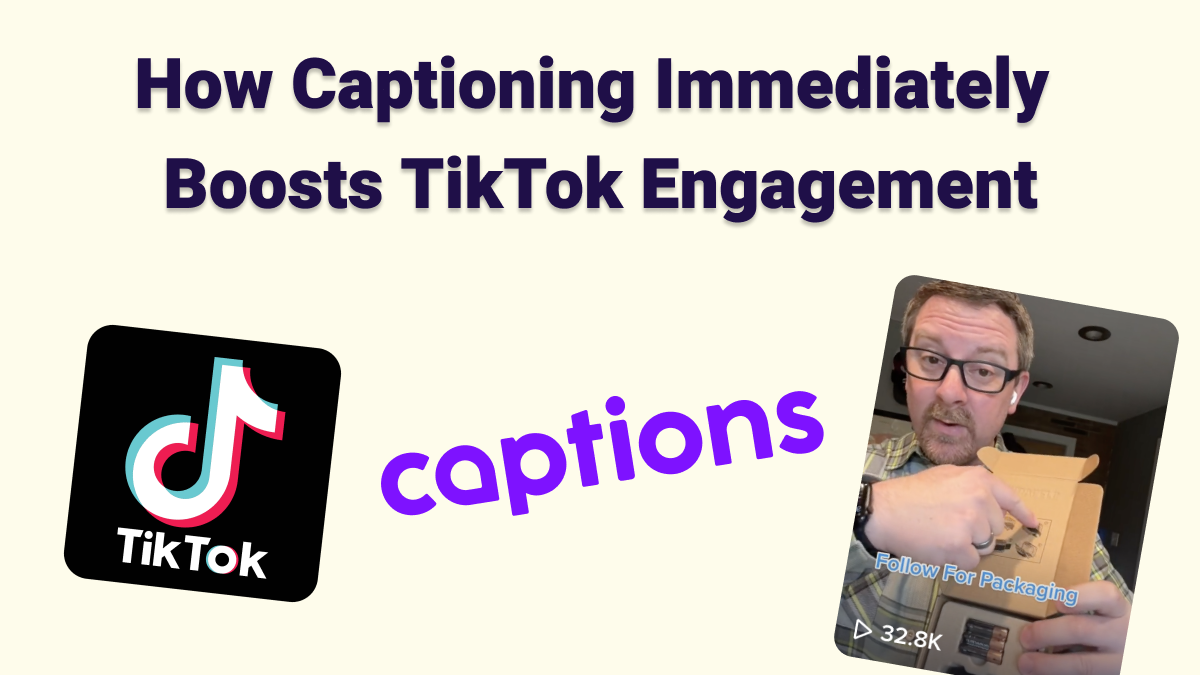 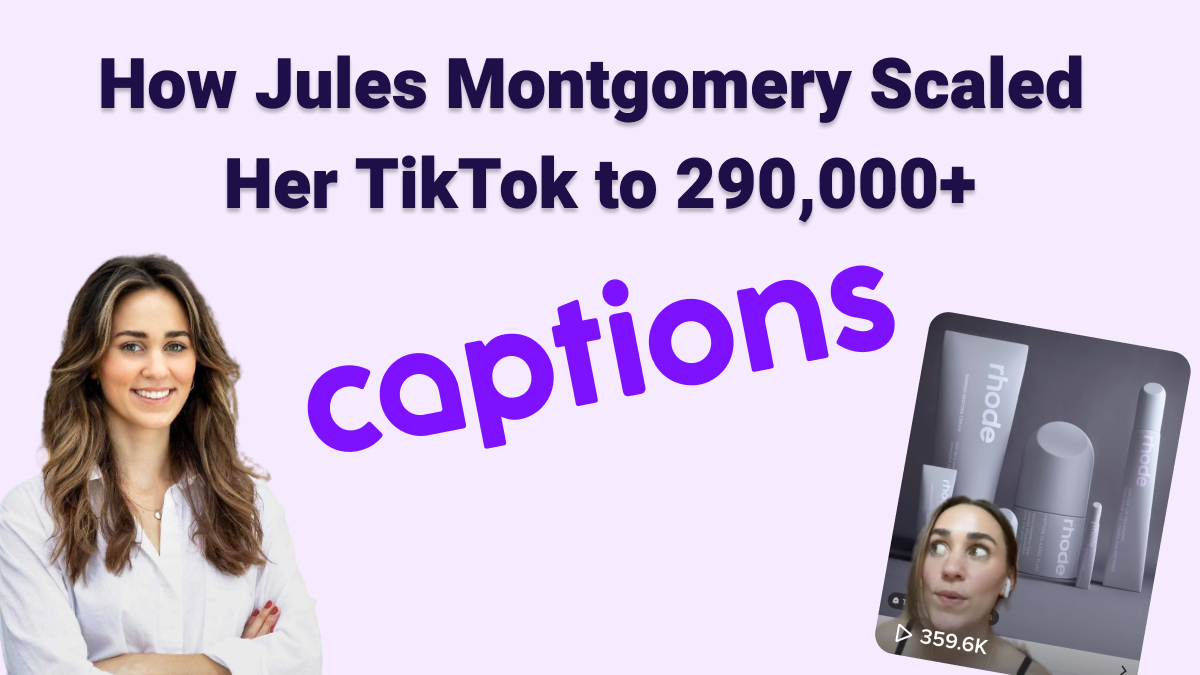 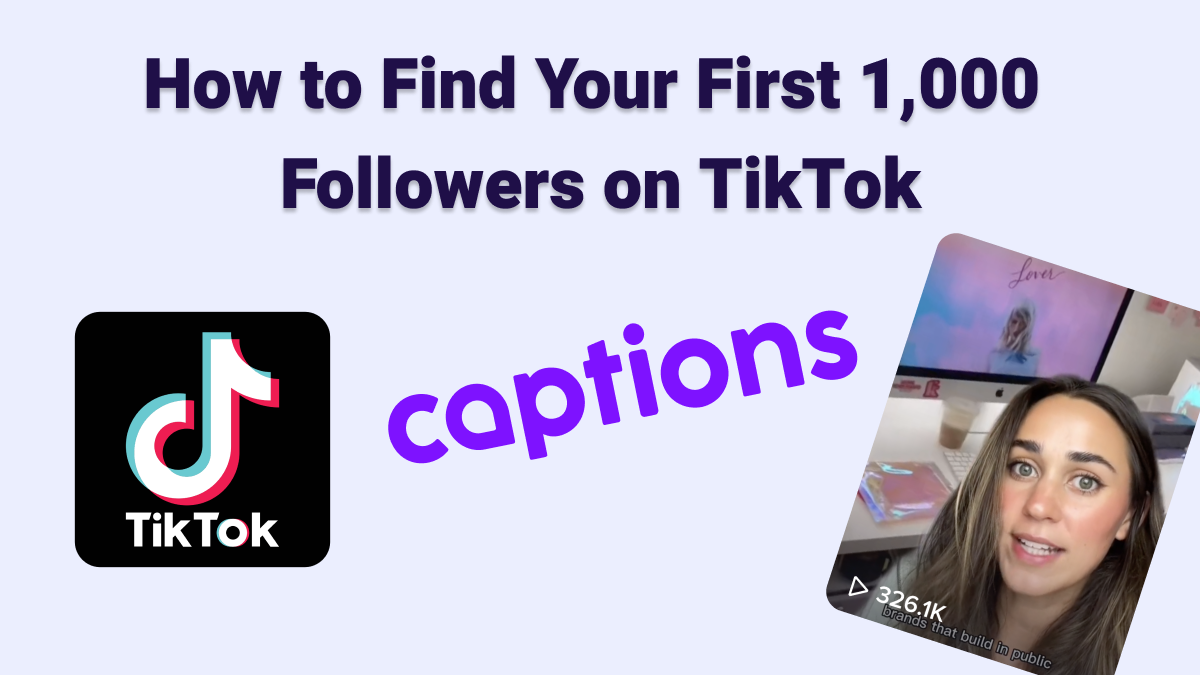 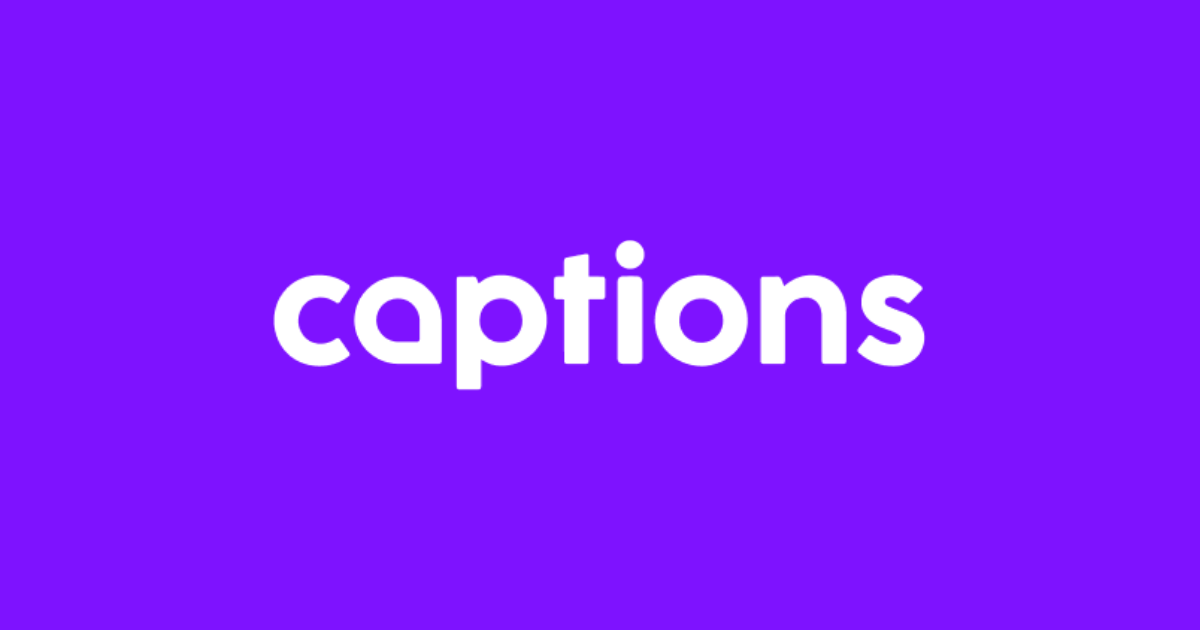